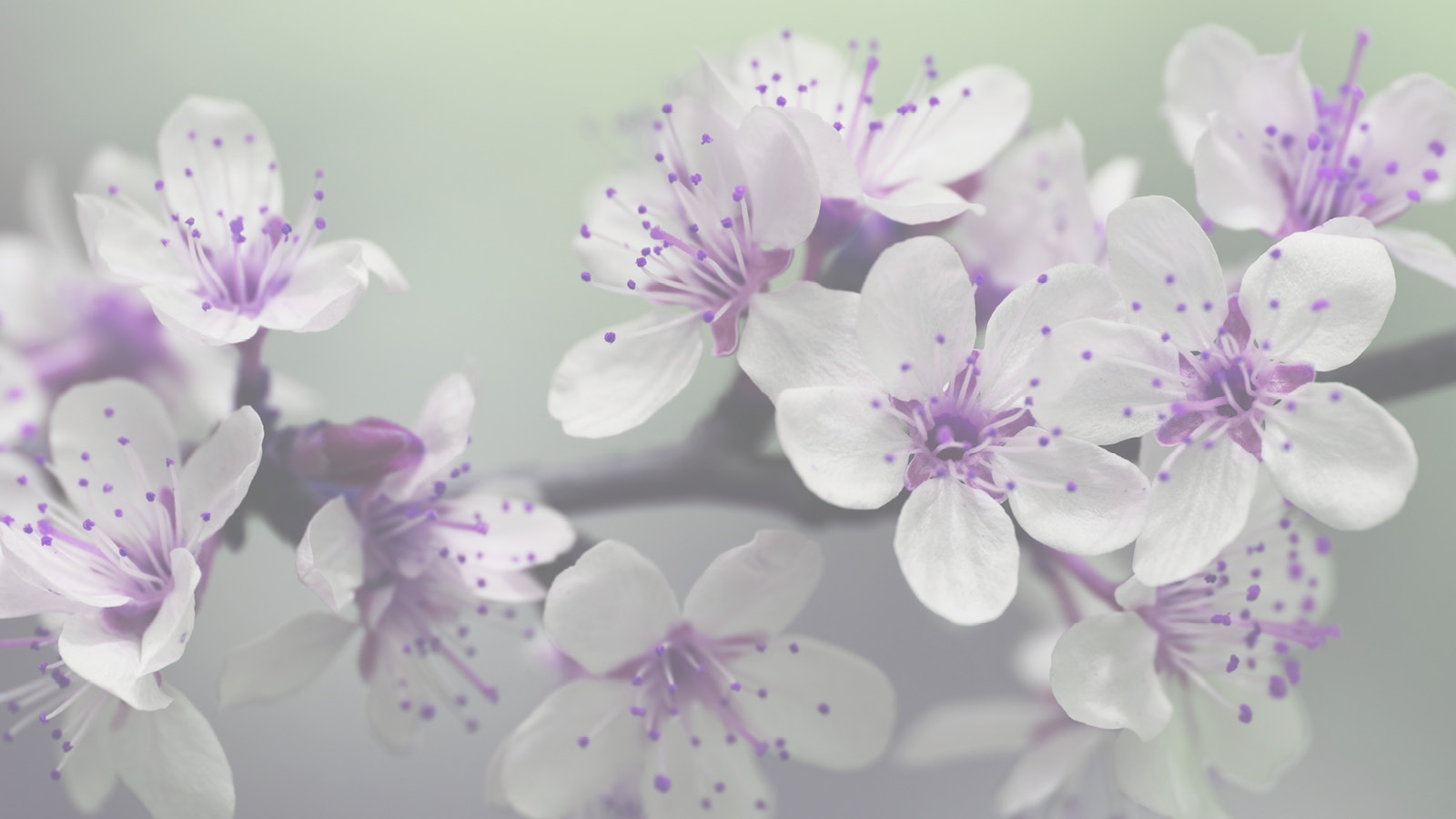 The Concerned Young People of South Africa (CYPSA) is housed on the premises of the KwaSizabantu Mission and runs a three-week programme for people fighting addictions. Marcel and Romeo (stories below) both attended the programmes and are no longer broken people. The young men are now free from drugs and alcohol, and they willingly participate in the programmes. They still interact regularly with the pastoral caretakers, and they choose to work at the Mission as they feel driven to help others like they have been helped. 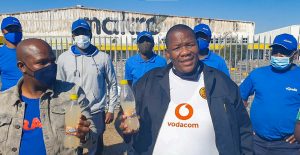 KwaSizabantu in KwaZulu-Natal is a place where miracles happen, and lives are restored

July 2021 has been a very turbulent time in South Africa with the third wave of Covid-19 spreading and the worst lootings and riots democratic South Africa has experienced. The riots happened across the country, but especially in KwaZulu-Natal where the KwaSizabantu Mission is situated. However, KwaSizabantu is a place where miracles happen, and lives are restored.

During the riots KSB and its communities have worked in unison to safeguard livelihoods. The community members came to protect the mission, the local shop, and the local people’s jobs. The local amakhosi and political parties have assured Reverend Erlo Stegen, founder and director of the Mission with these words: “I want you to know anything that happens, or anyone (who) tries something, we are a phone call away, we are even prepared to be of over watch (sic) should the shop open. No one will loot the shop.” This affirmation was echoed by another message: “Sanibona, if it happens that you need more security personnel in your company, do not hesitate to contact us. We are ready to protect what we have in our area.” The local councillor also promised protection.

Emseni Farming at KSB, and the Mission’s other projects, are ensuring various income streams that benefit the community directly. These projects also ensure sustainability for the Mission’s many outreach and upliftment programmes and missionary work. The community could not allow it to be destroyed as thousands of households benefit from the farming projects.

The commander of the defence force in KwaZulu Natal, Major General Patrick Njabulo Dube, and his team, visited KwaSizabantu recently. Major General Dube was interviewed by Khwezi Radio, situated at the Mission, and said, “The purpose (of the visit) was to come and meet with you, as we all know that besides being a mission, Kwasizabantu also produces many things like the water, aQuelle, and vegetables. Now, as our country was experiencing all the unrest, we realised that if this place should be destroyed in the unrest, there are many areas that will be destroyed. Job opportunities, food security will be harmed”.
He also acknowledged the huge impact KSB has onthe community. “It is important to us that our country’s economy needs to continue growing. It will be a problem to us and the community of South Africaif an incident were to occur where people come here and do harm to this place. Therefore, it is in our hands to protect this place, together with all of KwaZulu Natal in collaboration with the police force”. KSB shows us how we can rebuild our country if we all work hard and join hands in doing so. Together, we can do so much more to restore lives.

NOTE:
Our work is His work and when you seek to give glory to God, your work becomes your calling.
Matthew 5:16 dictates, “In the same way let our light shine before others, that they may see your good deeds and glorify your Father in heaven.” We will bring you regular stories about restored lives that reflects His greatness. 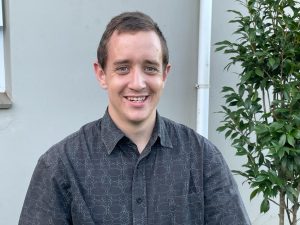 Originally from Port Elizabeth, had to fulfil the man’s role in the house from time to time after his father died. The fact that his mother has been married four times did not help the situation, and he started to smoke from a very young age. As a rebellious teenager, he got involved with the wrong friends and started with drugs at the tender age of 17. He eventually failed Grade 9, where after his school refused to allow him back. He got a second chance at another school but continued with these bad habits and eventually dropped school and focused full-time on messing up his life!

Marcel started working at a bar and used his remuneration to feed his addictive habits and got more involved with bad influences. So, the selfdestructive cycle continued. Over time, he had numerous jobs but could not hold onto one of them. After leaving the first bar he worked at, he went back and stole money from them. He also stole laptops and other items to sell so he could buy drugs.

His mother tried to intervene by sending him to a rehabilitation centre, which did not have a lasting effect. Marcel says he went because he wanted to please his mother, not for himself. Today he understands that change will only happen once you want to do it for yourself, not for others. He also now understands that he was focused on having people like him. His father’s absence in his life could be why he had the drive to be popular and accepted, which drove him to the wrong people and groups.

After the first rehabilitation effort failed, things became progressively worse. Eventually, Marcel’s uncle intervened, and on his advice, Marcel was sent to a branch of KwaSizabantu Mission in the Free State for help. The rest, as they say, is history… 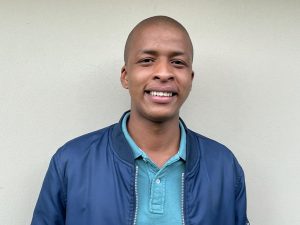 Romeo grew up in Port Elizabeth – fatherless – like so many other young boys with drug-related problems. It was loneliness that drove him to cigarettes at a very young age, then dagga, other drugs, and even alcohol by the time he was 15 years old. Romeo wanted to be popular to make up for the loneliness that he constantly struggled with and got involved with the wrong people. Witnessing a violent attack on his neighbour also had a negative effect on him.

Romeo’s mother sent him to a rehabilitation centre. Still, he did not receive the help and guidance that he needed there. For a few weeks after he returned home, he tried to be “a good boy” as he put it, but that did not last long. During this time, he continued to use drugs, and his life spiralled out of control.

It was a close relative who cared enough to prompt him to go to a place she heard provided excellent care to addicts and apparently was very successful with their programmes. This place was the rehabilitation centre at KwaSizabantu. It was only then, with the help of the caring people at the Mission that Romeo’s life started to get back on track, and he was completely healed.

Romeo continues to get advice from his spiritual mentor and currently works in the Mission’s kitchen. Because he dropped out of school in Grade 9, he requested the Mission for an opportunity to finish his schooling, which they granted to him. I asked him why he likes it so much at the Mission. His quick answer was, “You learn here to be thankful and to show gratitude. The people here accepted me, while my own family and friends rejected me”. His spiritual family at the Mission also help him to feel and live closer to God.

Romeo is a Xhosa. He wants to glorify God and believes Jesus is the only way. He refused to “go to the mountain” and chose to go to the hospital to be circumcised; a decision his family did not support. He now lives a fulfilled life and has many plans for his future. 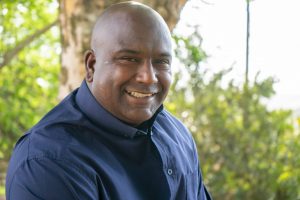 As a Christian organization, the KwaSizabantu Mission remainstrue to its calling to help restore lives and reconcile people toGod through faith in Him. The outstanding work the Missionand its workers do, the impact they make on communities,and the many life-changing and inspiring stories have sadlybeen ignored by the mainstream media so far. Devoted gladlyshares with you some inspiring stories.

Talking to Keegan Pillay was simultaneously an interesting andinspiring experience. At first, I found him a bit reserved whilehe gave me a brief record of his previous life and what broughthim to the Mission in the first place. But, his eyes and face litup when I asked him about the work he does in thegreenhouses where hundreds of thousands of bell peppers aregrown. I quickly realized that he was one of the many brokenpeople who annually come to the Mission for help. Once hewas helped and saved, he decided to pay it forward and helpothers by staying and working at the Mission. His story told inhis own words below, is both heart breaking and heart-warming.

“I was once a slave to hatred due to circumstances far beyondmy control – (bad) things which happened to me as a child. Iwas born into a Hindu family where we were short of nothingmaterially. But there was a lot of domestic violence, mentaland emotional abuse, and I was molested as a child. I neverexposed those who molested me, and this gave them powerover me and the pain and hatred that I kept within made me aprisoner.

“This led to me living a life haunted by those painful memories,and I had thoughts of hatred towards everyone around me.

As I grew up, I became a violent child. As the years went on, the domesticviolence continued, which lead to my parents separating. This increasedthe hate and pain in my heart. I learnt to smoke cigarettes at the age ofnine, and by 12, I was already smoking dagga and using Mandrax. At 14, Iwas involved with the law and was sent to juvenile prison.“I was involvedwith gangs. My life was consumed with violence because I had abloodlust. My violent acts resulted in my being sent to prison regularly,and my life became a rollercoaster ride. Always high on drugs, I neverspoke about the pain inside. I wondered how long I would live this life ofsin as the things that I had done and seen, one only sees in nightmares.

“Often, I tried to get out of this pit, but it was a bottomless grave. I serveda considerable time in prison for the violent acts that I committed. Goingto jail did not change anything but made me even worse, and the life ofsin continued. By the year 2015, I was consumed and lost in a life of drugaddiction and sin. I was, by that time, homeless. One day I cried out to theLord Jesus Christ, and He used my brother to save me as he directed meto KwaSizabantu Mission, where I signed into the CYPSA Programme.

“I thought that I had arrived at a ‘rehab’, but in fact, I had arrived at aplace of restoration, not knowing that God had a plan worked out for me.When I came to the KwaSizabantu Mission, I had never experiencedanything like it in my life. I was welcomed and loved by strangers that didnot even know me, but were willing to help me.

“Looking back at my life, I am so grateful for being led to the Mission,where I have been taught about the love and grace of our Lord JesusChrist. I have learnt that although I may not be perfect, I am loved by aperfect God. I am so grateful for Reverend Erlo Stegen (the founder of theMission), and the workers.“We have been helped at the Mission andthrough the CYPSA Programme for free. I doubt there is a place in theworld that would be so willing and kind to help guys like me, and withoutbeing paid for it. I am blessed to be living and working at the Mission forfive years now, and this is the first time in life that I have truly experiencedinner peace which I have received here.“Psalm 34:4 and 6 has specialmeaning to me: ‘I sought the Lord, and he answered me; he delivered mefrom all my fears. This poor